Foundation of the Group in Rho (MI)

Since its activity start Goglio focused on research and development on product with enthusiasm while monitoring market changes and technological innovations. 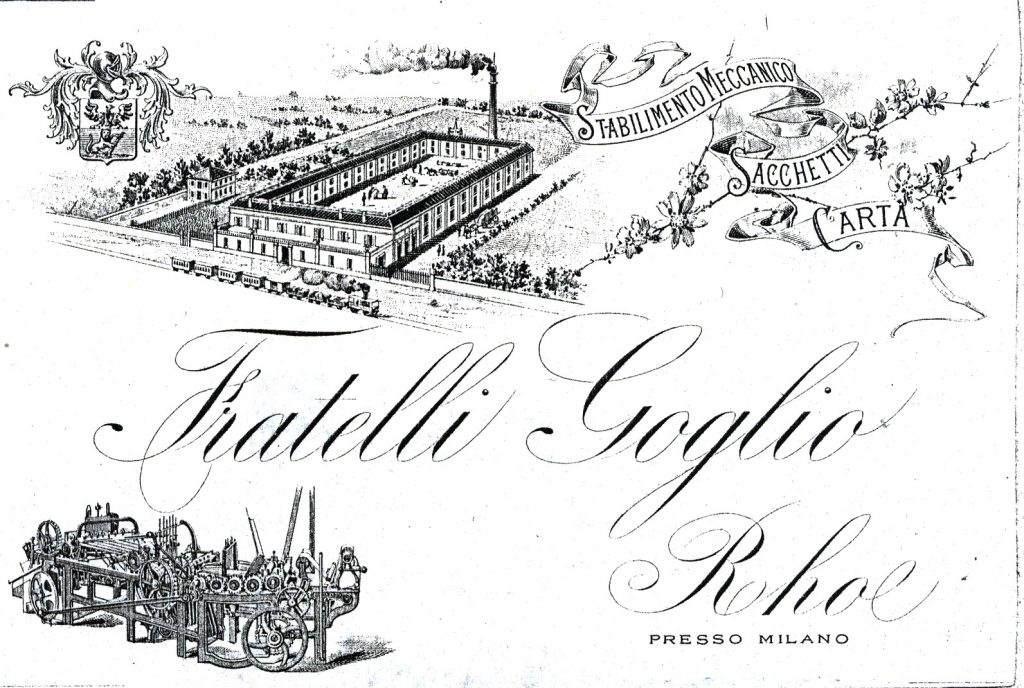 During the Industrial Revolution the company introduced the first mechanized production processes which will lead to the opening of a new plant in Milan.

New plant in Via Solari, Milan It was the decade of the birth of the complete system: flexible packaging and packaging lines, technology and technical assistance, all included in a turn-key personalized solution.

The revolutionary one-way degassing valve was born in the same years. It became one of the essential elements that still today constitute Goglio packaging offer, thanks to the continuous research and innovation process.

The FRES-CO SYSTEM ® was born Goglio started its consolidation in the world:

the company improved its know-how extending its experience and offer to the international markets. New subsidiaries were opened first in Europe (production plants that strengthen flexible packaging production and commercial offices to consolidate the presence and provide a costomer-oriented service), and then in the USA, Japan, China and South America.

New plants in EUROPE and in the USA
Production diversification

Commercial strengthening in SPAIN and NETHERLAND

Expansion in SOUTH AMERICA
Production of machines in CHINA

and celebration of the 165th anniversary of the GROUP. Celebration of the 170th anniversary of the GROUP.
TODAY

Fill in the form

This website uses cookies of third parties. If you close this banner, scroll this page or click anywhere you accept them. For further information you can read the complete <a href="http://www.goglio.it/en/privacy-policy/"><strong>Privacy Policy</strong></a>